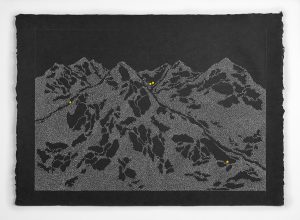 Density: The Presence and Silence of It 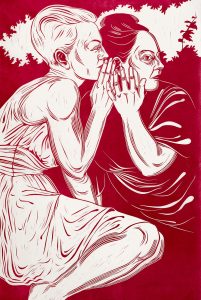 The Only Way We're Going to Get Through This is Together

Rosewood Gallery in Kettering, Ohio is pleased to announce solo exhibitions featuring two Ohio artists, Erin Holscher Almazan and Kate Snow. These exhibitions of paintings and prints will take place from November 23 to December 30, 2020 and will be on view in-person at Rosewood Gallery, as well as here in this virtual gallery.

Almazan, a resident of Oakwood and Associate Professor of Printmaking and Drawing at the University of Dayton, will present a series of prints in The Only Way We're Going to Get Through This is Together. Her art "explores the complexities and dualities that exist within our female identities; that we are complex and multi-dimensional creatures capable of good and bad, built from light and dark and shaped by nature, nurture, influence, and self-awareness."

Cleveland artist Kate Snow uses a subdued palette to express her vision in Density: The Presence and the Silence of It. She states: "My need to create a place of safety within a world decidedly untidy is the impetus for all of my work. The employment of self-imposed boundaries - an extremely limited palette, excessively repetitive mark making, reliance on shape and pattern, hard graphite lines delineating definitive borders - is fundamental to the process: I create rules to find freedom." Snow's results are images made of either gouache & ink on panels or gouache and graphite on handmade paper. 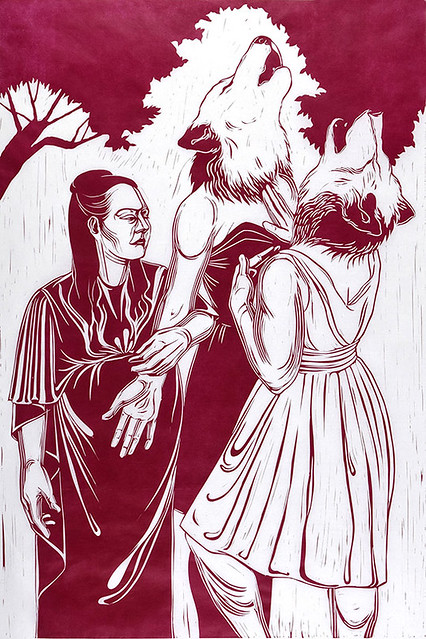 About the artist: Erin Holscher Almazan

My current work explores the complexities and dualities that exist within our female identities; that we are complex and multi-dimensional creatures capable of good and bad, built from light and dark and shaped by nature, nurture, influence, and self-awareness. I examine love, beauty, and the spectrum of our internal compositions and our external dynamics.  Love, sexual undertones, gendered rituals, memories of girlhood, and the desire for approval are all themes embedded within the work.

Erin Holscher Almazan is an Associate Professor of Printmaking and Drawing at the University of Dayton in Dayton, OH.  Erin is a native of North Dakota. She received her BFA in Fine Arts from Minnesota State University Moorhead and her MFA in Printmaking from Rochester Institute of Technology, in Rochester, New York.  She taught as an Adjunct Instructor in Foundations at Rochester Institute of Technology prior to teaching at the University of Dayton.  She has completed two printmaking residencies at the Frans Masereel Centrum in Kasterlee, Belgium.  Erin’s work has been exhibited nationally and internationally and has been included in exhibitions in connection with the Southern Graphics Printmaking Council and the Mid-America Print Council.  Erin is also an active member of the Dayton art and printmaking community.  She resides in Dayton with her husband and two sons.

The work in this exhibition began when I gathered a small group of female colleagues for a symbolic “smashing” performance, in response to both personal and universal experiences with men behaving badly in positions of power. The idea began as a response to male-centrism in professional settings, including the art world, where it seems women are always toeing a vague and blurry line between what is considered assertive and what is considered too emotional or rude, or being called out for behavior that men somehow continually manage to get away with. I used cake as both a symbol to be smashed and as a catalyst for performance. The cake, paired with the overtly feminine dresses, were the objects, in my mind, that represented the patriarchal ideal of femininity. My goal was to capture ordinarily professional women destroying this symbol in an animalistic and uninhibited fashion, tearing it apart with their mouths and hands. I also saw this as an opportunity to convey this idea of duality…that we present ourselves in a certain way, but that isn’t what fully defines us.  The cake was not a feature in the prints, but was a source of inspiration for the direction of the group dynamic.

”The Only Way We’re Going to Get Through This is Together” features me as the wolf-woman, head cradled by a dear friend and colleague. This was a statement of strategic sisterhood, a depiction of one of my most intimate friendships that bloomed out of necessity, and a nod to our ability to weather the difficulties at work and in life. The title has since become the overarching theme of this work.

The women featured in the series do not represent a broad range of women, but an intimate group of colleagues who were interested in contributing to my work, with whom I work, and who were central to the initial ideas. My goal is to expand this, in a post-covid world, to be a broader and inclusive exploration of these ideas. 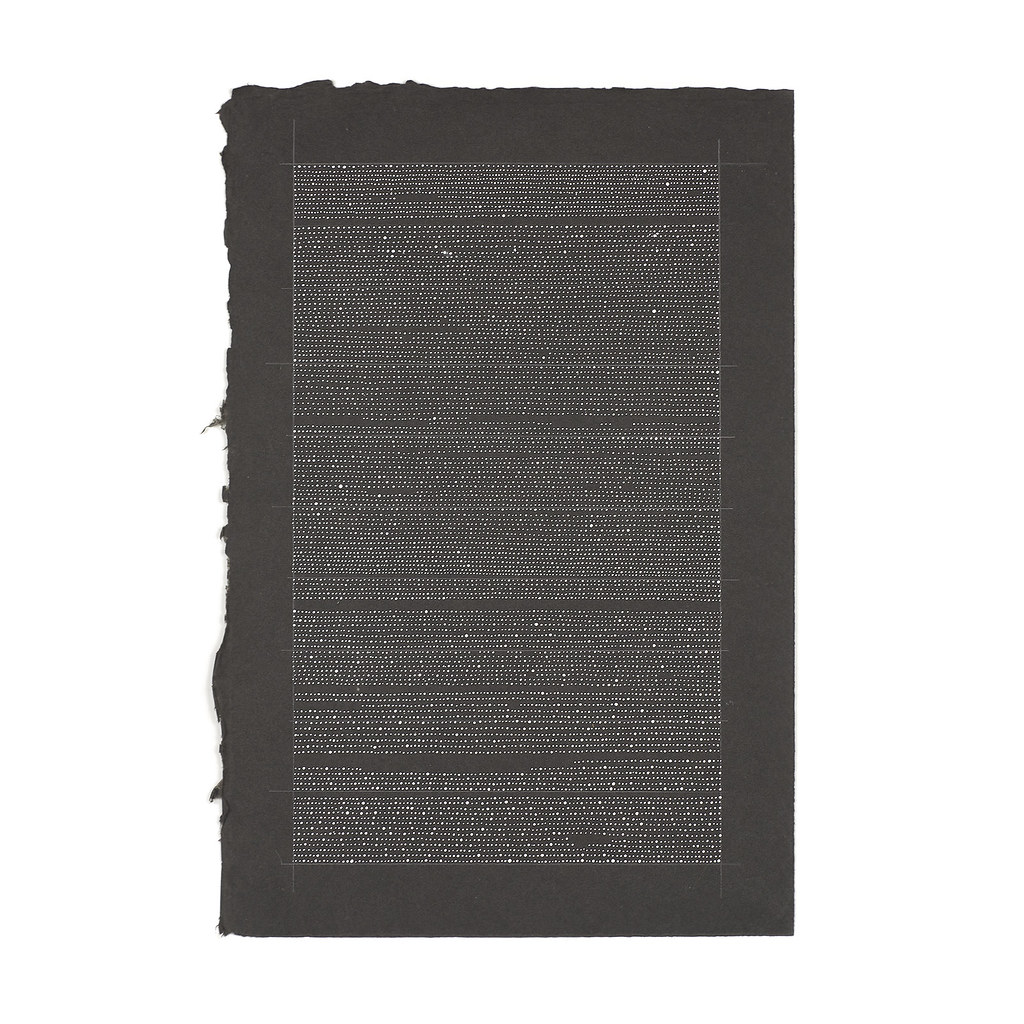 About the artist: Kate Snow

Rooted in the tenuous relationship between order and chaos, this body of work represents a desire to control the uncontrollable, while acknowledging the impossibility of such. This need to make sense of a bewilderingly complex world is personal, though it seems, perhaps now more than ever, to resonate more broadly. I see my own anxiety reflected in global unrest and in the electric sense of uncertainty currently permeating our collective sub consciousness.

My need to create a place of safety within a world decidedly untidy is the impetus for all of my work. The employment of self-imposed boundaries – an extremely limited palette, excessively repetitive mark making, reliance on shape and pattern, hard graphite lines delineating definitive borders – is fundamental to the process: I create rules to find freedom. Starting from a place of restriction, I can then contend with the unpredictability of the materials – how the paint behaves on a given day or irregularities in the handmade paper – and the spontaneity of evolution as the piece develops organically. Working in this way is its own meditation, an exercise in coming to terms with the discomfort of living in the duality of knowing and not knowing. 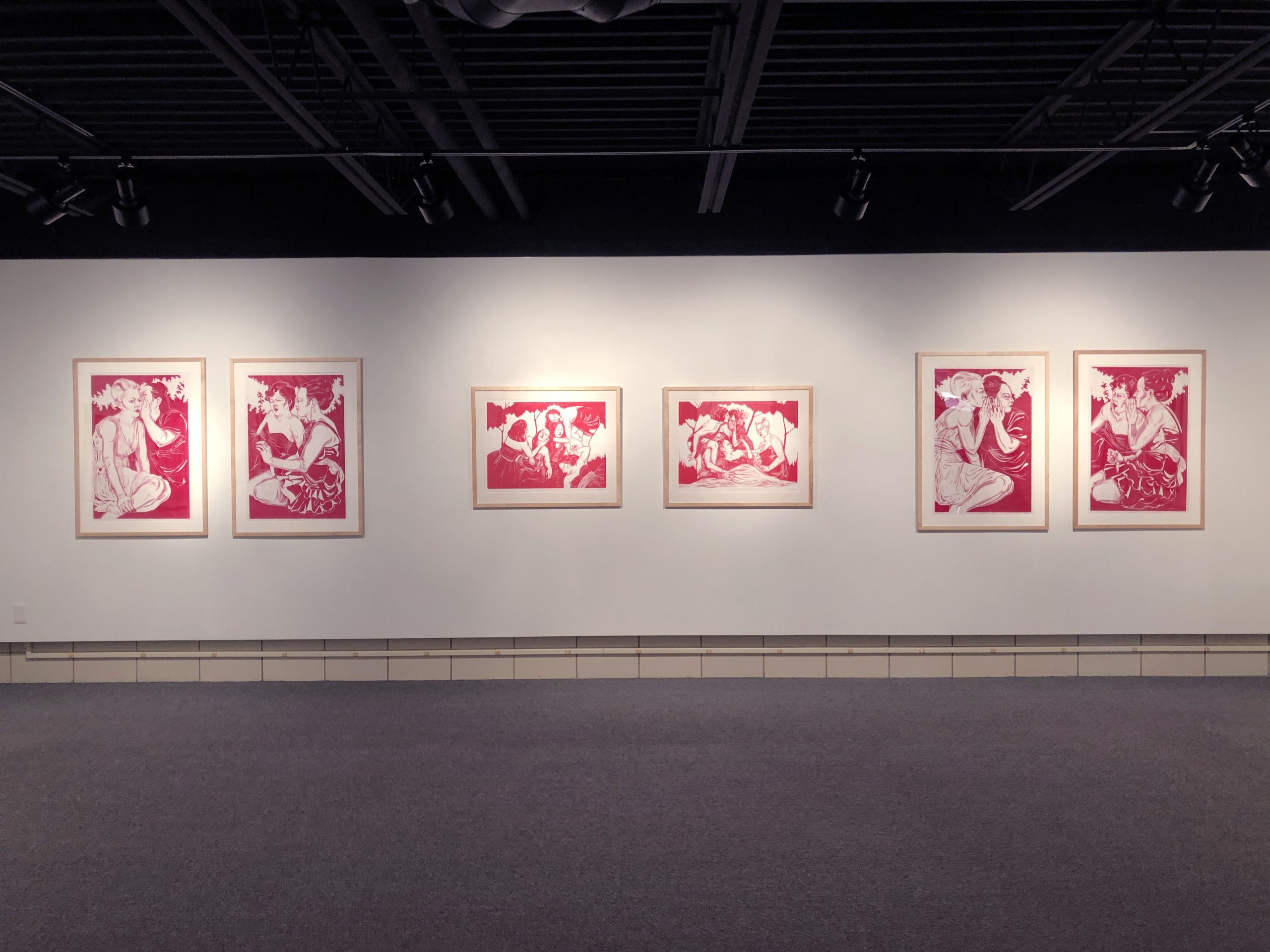 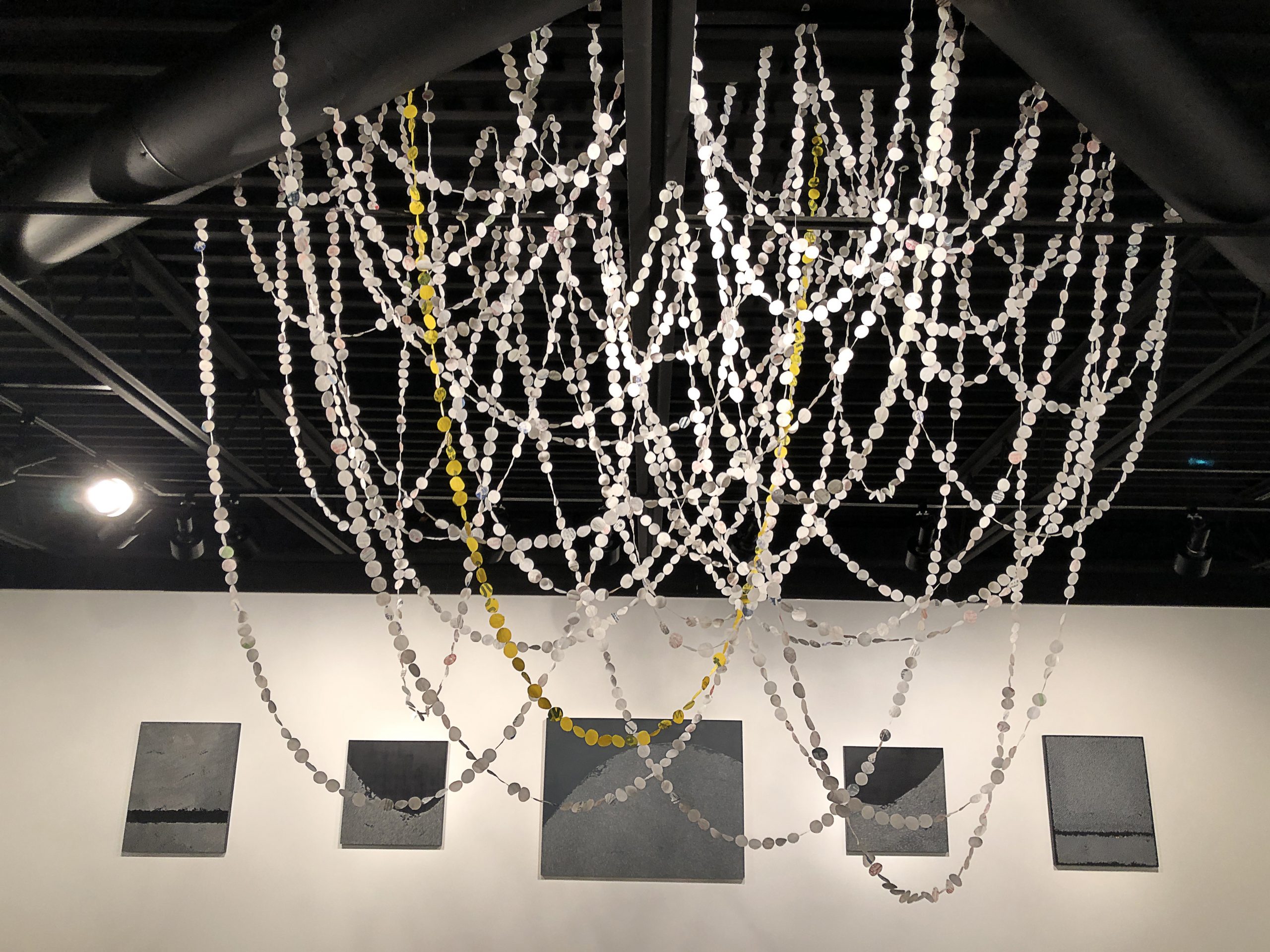