On Thursday 2/2/23 -  All morning skate lessons, adult skate at 8AM, and open skate at 12PM have been canceled. We apologize for the inconvenience. 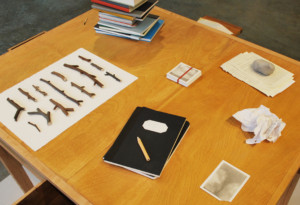 Kentucky-based artist Cynthia Gregory, whose studio work integrates drawing, sculpture, and furniture-making to illuminate themes of time, history, accumulation, and containment, exhibited a body of work titled The Poet’s Desk. “A significant source of inspiration fueling my work rests in my interests in literature, writing, history, the natural sciences, and astronomy,” Gregory says of her process. “From these themes and sources, I choose subject matter that builds a personal vocabulary of recurring motifs, such as the experiential, tactile world of the everyday, as well as elements found in humanistic spaces of contemplation, knowledge, creation, and wonder—for instance, the stratified clutter of a poet’s desk, star charts draped over an astronomer’s table, or enigmatic objects, talismans, and scraps of paper lodged along a scholar’s bookshelf.”

Gregory, who has exhibited her artwork widely in national and international exhibitions and whose work is featured in various publications, holds several degrees including a BA in English (Northern Kentucky University), a BFA in Fine Art (College of Mount St. Joseph), an MLS (Indiana University), and an MFA (University of Cincinnati).