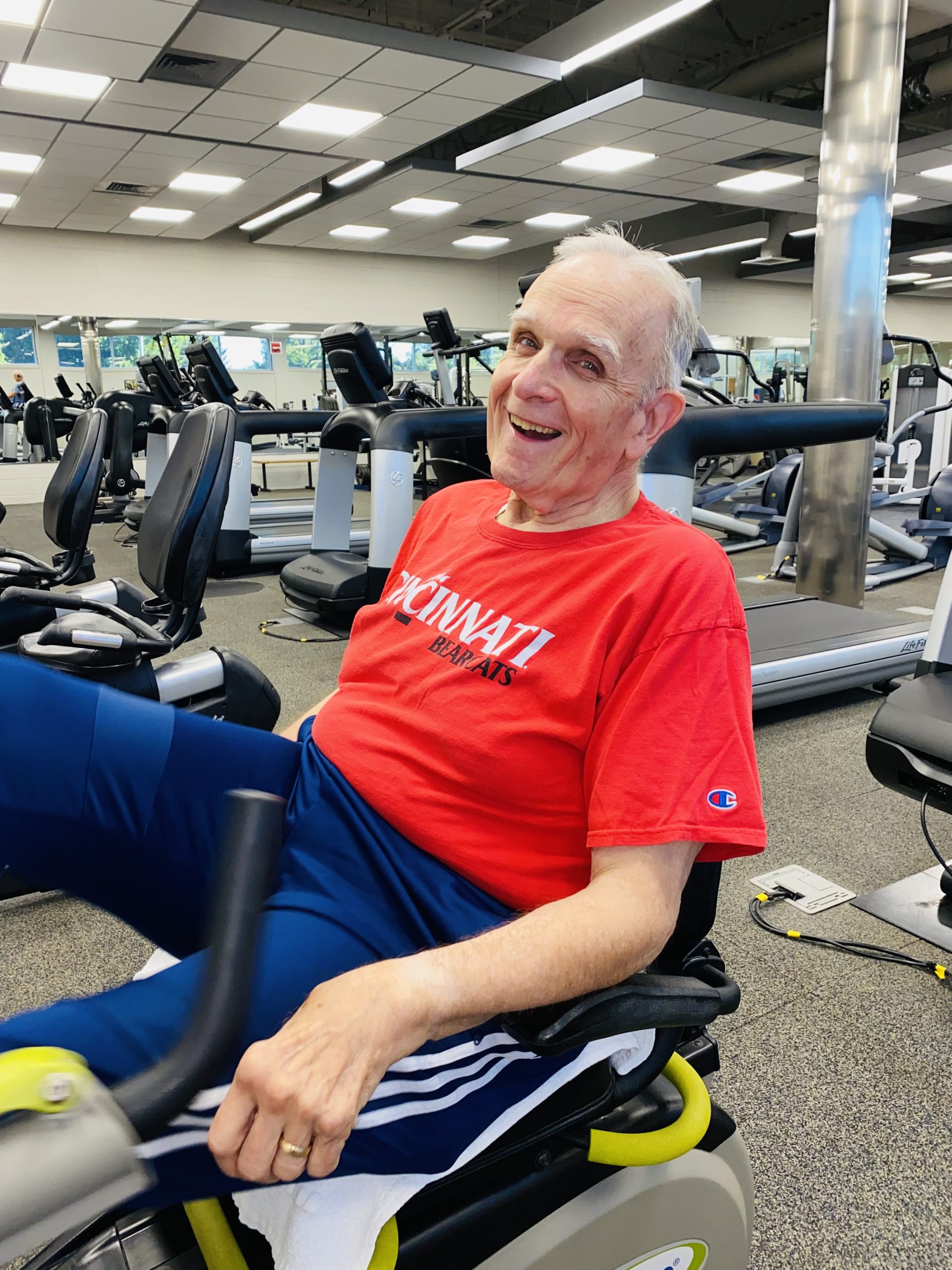 It’s Friday, and that means we’re highlighting another one of our wonderful fitness members! Meet fitness patron and former Kettering School board member, Dick DeLon, who works out at the KFWC with the goal of staying healthy and active. Congrats on all your progress towards your wellness goals, Dick!

Tell us about yourself and how long you have been a member of the Kettering Fitness and Wellness Center.

I am a retired CPA working in the public and then private sector for 35 years followed by 15 years as a volunteer church treasurer.  Originally, before coming to Dayton, I was in graduate school at both the University of Cincinnati and The Ohio State University.  At OSU, I was selected as a Ford Foundation Grant to work with the Ohio Legislative Service Commission with five other PhD candidates, although their major was Political Science and mine was accounting.  But it was this opportunity that allowed me to meet then State Senator Charles W. Whalen Jr. and work with him and one other intern in writing a report making a case for the growing need to have vocational education (now career development) in the state’s high schools.  I returned to OSU the following year to complete my PhD course work when “Chuck” called and asked me to come to Dayton and help run his Campaign for Congress.  I did, he was elected, and I went to Washington in December 1966 to interview candidates for his staff and then worked as his Administrative Assistant for three years.

I have had weight problems all my life and when I retired in 2006, I weighed roughly 245 pounds. I began exercising at a small center at Cross Pointe and joined the Kettering Fitness and Wellness Center in 2012.  In the 16 years since I began working out with a trainer, I have lost some 55 pounds and maintained my weight within a 5-pound range. I am grateful that both the City of Kettering and the Kettering School Board made this opportunity available while building Trent Arena.

What personal obstacles have you overcome and how did our fitness facilities help you through?

That is almost a funny question.  I am a walking body of metal screws and parts in my left leg (football), feet (flatter than pancakes) and a serious neck surgery with 28 pieces of metal and screws in my neck.  As my doctor in the Cleveland Clinic said, a fall or an auto accident could result in serious injury and/or “lights out”.  While the early 2015 back and neck surgery halted my workouts for a period of time, I returned when the surgeon gave me the “green light” to resume workouts.  I try to work out Tuesday and Thursday in the morning and either Saturday or Sunday late in the afternoon.

Do you have any personal health and fitness goals, won a competition, etc..?

No, at age 83, I just want to see our two granddaughters graduate from college and begin their careers and our two educator children retire.  So, I just want to keep plugging away and working out at the Trent fitness center.

Is there anything else you would like to add?

I have been blessed with a wonderful wife, daughter, son and daughter-in-law, two granddaughters, good friends, and mentors.  I am also grateful to the Kettering citizens who elected me three times to the Kettering School Board.  And one of my most important votes was approving the vocational training agreement with Centerville and Oakwood School Districts which created our “joint vocational district” in the early 1970’s rather than transporting kids to northwest Montgomery County where the initial County Vocational unit was built. Since then, other school districts have started their own programs, keeping students in their home district and the Kettering, Centerville & Oakwood program has thrived.