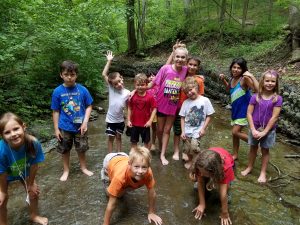 After a long day of sitting at school, it’s vital that kids get outside and get moving. Don’t settle for screens as the afternoon activity of choice – there’s a lot of evidence that this does more harm than good. According to a recent study, The Nature of Americans, computers and TV are the things most likely to keep kids from exploring the outdoors. ‘Nature deficit’ is becoming a commonly used term among experts, and it’s a growing problem in the US.

Kids need nature play and exploration to thrive. Although kids are spending less and less time outside these days, naturalist Stephen Moss said that more kids than ever are expressing an interest in nature. The problem, he said, is that they’re only exploring this interest by watching nature shows and using nature-related websites and apps.

Educational media are important tools for children’s learning. However, if kids are interested in nature, shouldn’t they first experience…actual nature? A hands-on approach fosters a deep connection and understanding that seeing concepts secondhand simply can’t. Kids surveyed by The Nature of Americans said that they felt healthier and happier after getting outdoors. However, a large number of kids in the study lacked the support of family with regards to exploring nature. A chief factor in keeping kids indoors was a lack of adults willing to accompany them into nature. 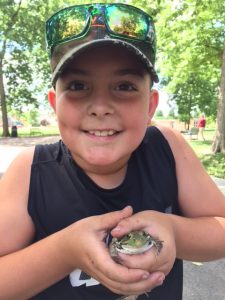 It’s more than just education that’s at stake, too. Studies show that kids who spend time outdoors are more concerned about preserving the environment, show more interest in good nutrition and get more exercise. Nature play has even been shown to improve eyesight. After all, screen time does a number on the eyes. Plus, since spending time in nature reduces stress, kids who get outside regularly often show less aggression and better social behavior than kids who don’t.

Is your child ready to head outdoors? The Habitat offers fun, science and nature-based programs for a variety of ages and interests.

Henley, Jon. “Why our children need to get outside and engage with nature.” The Guardian, August 16, 2010.