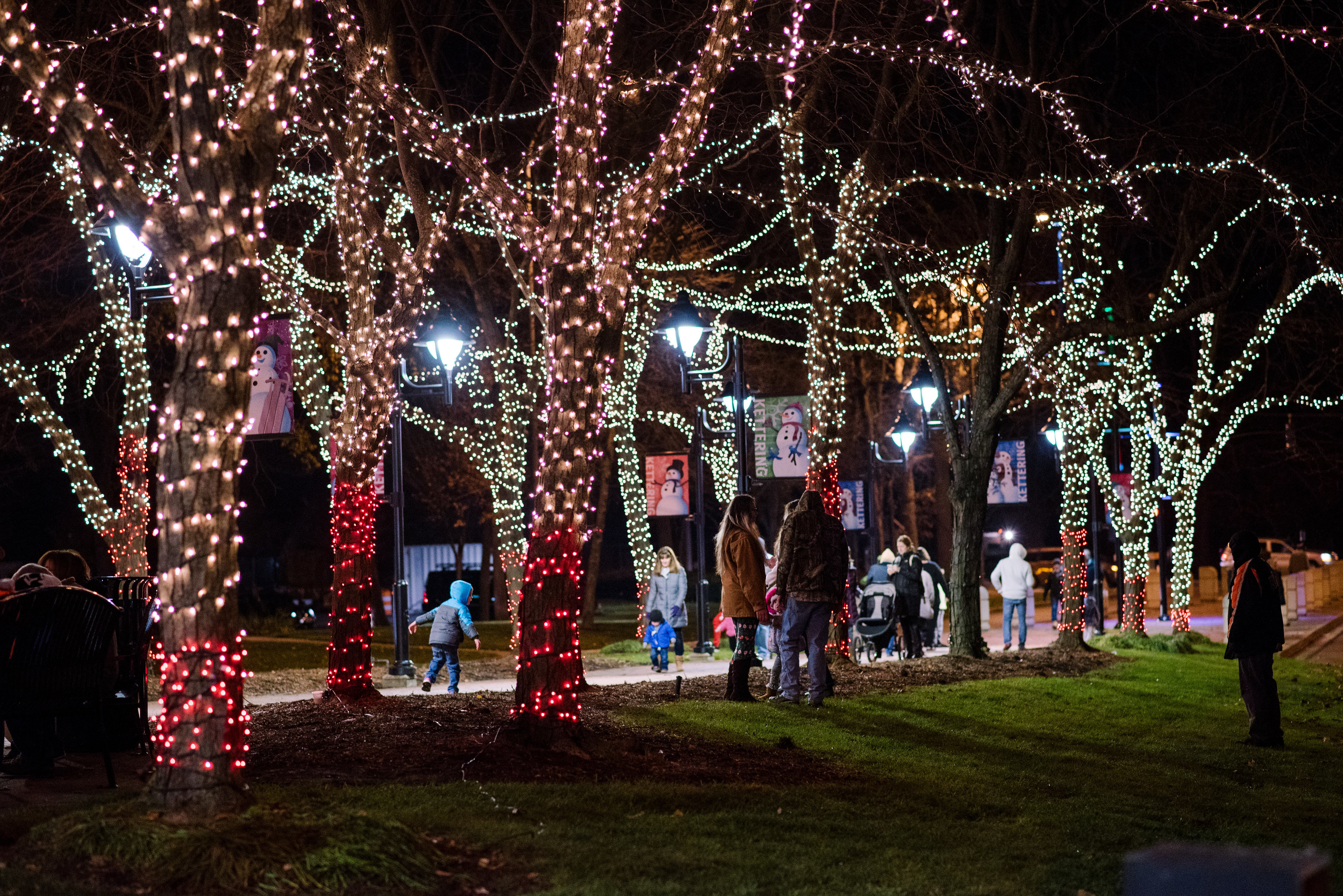 Santa has his elves; we have our tireless Parks Division. Every holiday season, crews tackle the huge task of making Lincoln Park into Kettering’s shining holiday showplace. Naturally, this is a tough and time-consuming job. If you struggle to hang a strand of icicle lights on your porch, just imagine decorating an entire city park!

Early in the season, Barry and Todd sit down to get a rough idea of the setup. Each tree is labeled, and recently, they have begun dividing the park into different zones. The decorations start at the park entrance near Shroyer Road and end at the park’s ‘natural area’ near Ackerman Blvd – that’s a distance of approximately half a mile! Some aspects of the design remain the same as the previous year while other elements are changed.

How many lights appear in this area? Placed strand-to-strand, our Lincoln Park holiday lights would stretch for approximately nine miles. Outlets throughout the park provide areas to plug them in, and crews take care not to overload the breakers. LED bulbs have helped reduce power consumption in recent years.

Decorating an evolving outdoor landscape presents unique challenges. As the trees grow taller, they require more lights, which requires more power. The ambient light from the park’s streetlamps also can be an issue when it competes with the holiday lights. Crews are experimenting with various ways to work with the changing landscape, including ‘uplighting,’ or lights that illuminate the tree from beneath.

Amid the decorating work, Parks crews also remain responsible for mowing and leaf removal. A few crew members focus solely on decoration from October through the beginning of December with several other staff pitching in as time allows and work demands.

Of course, the light display’s grand unveiling is the Kettering Mayor’s Tree Lighting on December 6. Join us from 6 – 8 p.m. (it’s free!) to enjoy a stroll through the holiday wonderland. The lights remain lit and on view throughout the holiday season.